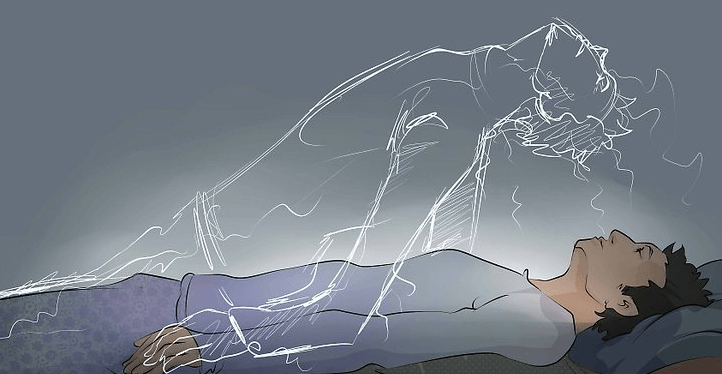 Pakistanis can easily be divided into three classes; grievance, response to grievances, and dream merchants. The people in the first group, grievance, are those who continually spew criticism, curses, ridicules, condemnation, disapproval, and denunciation against the country. They also continually lament their ill-fate and hence there is grievance upon grievance pouring out from them in the form of words. These people are the grave diggers of dreams. They continually dig these graves in the graveyards of hopes, aspirations, and optimism.

This group is actually a huge part of the problem and, for as long as they live, they play their role in helping the problem remain without any attempt towards a resolution. If you ever suggest to them a good dream, hope, or a success, or God forbid, should you ever mention a successful person in front of them, they will manage to find in all these instances such a monumental level of wrong that you will end up despising yourself for ever bringing up that issue, having that thought, or mentioning that person at all.

These people are as steadfastly jealous as a pious person is steadfastly religious. They smolder in the fire of their jealousies and resentments throughout their entire lives. May Allah (swt) put barakah in their lives. Despite the fear of their own death, it is the resentment for the lives of others around them that consumes their lives. Even in their prostrations, they imprecate others. The amazing aspect about their lives is that most of them are highly respected men of letters, writers, and intellectuals of the society.

The second group of people are the response to grievances. This group hurls a rock in response to every stone thrown by the first group. These people do not tire of singing praises for the country. They stand at every nook and cranny of the city’s streets and marketplaces and excitedly peddle their special salt for positive thinking. It is not blood but emotions that run like mercury through the veins of this group. Upon hearing of any blunders, errors, or faults of the country or the countrymen, they immediately cite a non-Muslim, western conspiracy theory to be the cause of the problem.

Should a practicing Muslim happen to rub their emotions the wrong way, they keep hounding and mauling him incessantly with their judgmental views until they are satisfied that he is nothing but an utter disbeliever and agnostic. Should they happen to brush shoulders with Islam as a religion, they beat the drums of open-mindedness. If they meet a businessman, they set about to convince him that every penny he has earned throughout his life has been through unforbidden means. If anyone makes the fatal error of expressing an opinion in front of these God-appointed leaders, they malign and libel him so heartlessly that he forever forgets to speak.

They neither see any cruelty being committed in the country, nor any oppression, persecution, abuse, or maltreatment. This group is akin to residents of a fool’s paradise and are as much the cause of the problem as the first group. Weary with the worry for the followers of the Prophet (Peace Be Upon Him), satiated with the love of country, flag-bearers of national sentiments, and the self-appointed generals of the army of the Lord, they are free to single out anyone they wish as an agent of the enemy camp, hand anyone they desire the diploma of being the disbeliever, shred anyone’s character to threads with their nasty libel, or indict anyone with the charge of fraudulent earnings. Yes, this group enjoys full freedom and all rights to behave in whatever way they desire with who they wish.

The amount of skins they have removed with their whips of nationalism and the dreams they have reduced to graves are far greater in number than done by the first group. The candidates of this group gain memberships at esteemed positions within the bureaucracy, government agencies, and all other agencies responsible for handling the critical, behind the curtain, black and white jobs of the country. Similar to the jobs they perform, their lives too are spent in a state of black and white.

Their temperament is so cool that they are commonly referred to as ignominious. The world may remain ablaze around them, people may die, funerals may go on, but they sit oblivious to everything, heads bent and lips silent, tending to their dreams. By nature, this group is fakir. Not by virtue of begging for alms but by virtue of modesty and self-effacement. There is a difference between a beggar and a fakir. A beggar asks from all whereas a fakir asks from none but One. He knows that the One who listens is the only One with the power to choose.

These people spend their entire lives weaving dreams. They are not easy to find for they do not wish to be found. Yet, they are part of the society and play a fundamental role in maintaining an invisible divide between good and bad. They play this role discreetly without attention, without recognition, and without any self-fulfilling motive or expectation of reward. Just a few know of their existence, few know when they are gone, with hardly three people to lend them a shoulder from their temporary to permanent abode.

In this country of the habitually wicked, the dream merchants pay their annual obligatory Islamic tax not every year but every day by bearing the cruelty, resentment, and inhumanity of those around them. The members of the grievance group refer to them as idiots and unworthy while those of the response to grievance group call them dull-witted and dense. They are not considered worthy enough to live in a world about the affairs of which they are wholly unknowledgeable.

These people are stung, bitten, threatened, murdered, and exiled by the very hands that they themselves helped to strengthen. These very hands are often the ones that also bury them. But what they don’t realize in burying them is that when these dream merchants are buried, it is not their bodies that meet the dirt, it is their seed from which sprout new seedlings and stronger trees. Even though they are cut again and again, they never stop from sprouting up time after time. Their paltry tin plates are holed and damaged without the realization that those who spit in wells are forever deprived of their thirst. And could there be anything more esteemed in life than thirst?

This desolate group is isolated. They lose the ability to speak for there is no one to understand their language. They even sell their sight in order to save their dreams. They trudge forward in search of paths towards their destinations, forever hopeful that somewhere along the way they will find a companion. Although they keep moving towards the destination, they never wish to find it, for only fools find their destinations. The wise remain forever in the state of moving. The hearts of these people are tranquil and their minds forever in turmoil. When all is said and done, they get buried with the very same dreams that they tried to sell throughout their lives. Their lives may appear to be meaningless but in reality they leave behind the glittering legacy of millions of eyes that continue to dream just like they did.

From the very dust whence it sprouted, the scent of that dust

If was not recognized, then what use was that talent.

For what use is the head that was of no use for you.