After finding the right competition that matches your interest and skills set, the next consideration is whether to work alone or in a team. To get a chance at competing with the brilliant minds on Kaggle, you may need the collective effort of a great team. Kaggle contributors, who have had the opportunity to work in a team have not only enjoyed the experience but have also learned a lot.

Close to half of the contributors on Kaggle work individually while the other half prefers to participate as a team. Since single models seldom win the Kaggle competitions, it is wise and needed to ensemble different models, and it can easily be done working with teams.

There are several users that join Kaggle from the same educational institution or a professional workplace. Such people immediately form teams that work together in competitions. To form a team you need to go to the competition you are working on and click on My Team section. Here you will be able to look for other Kaggle members and add them to join your team. The added member will receive a notification to accept or reject your request. You can send only one pending requests at a time. Kaggle requires you to choose a team leader that will be the main point of contact in case of any compliance or submission issues. While some competitions allow any number of team members, most limit the maximum number or participants to three.

The designated team leader is the primary contact that Kaggle reaches out to when they have something to share with the team. It is the responsibility of the leader to ensure that all the team members follow the instructions. Additionally, only the team leader has the authority to add more team members and merge different existing teams into one. The number one thing a team leader must have is an active email address, and it must be listed on the user’s profile.

In case a team wins the competition or qualified for the second round, every team member has to sign the NDA and IP documents to grant all the rights to the host of the competition for their code, work, methods, and datasets. These documents also include signing a US Tax W9 form, code license, release form and a declaration of credibility. Some competition also requires citizenship and resident proof as well for some country-restricted competitions. For example, the NSA challenge is only open to US citizens or permanent residents due to sensitive nature of data involved.

Kaggle gives seven days for the team to decide on how to share the prize and then communicate. For teams with five members; the prize money is shared equally among all members through electronic money transfer or a check. A small processing fee is deducted.

Be careful while adding someone to your team. Kaggle does not allow disbanding the team after it makes the submission. If you have not made any submissions as a team, you can go to My Team tag located on the competition dashboard and click on the disband team button. The rules remain the same whether you are working solo (individually) or as a team for a number of submissions and eligibility conditions. If any member of the team does not fit the criteria, the whole team will be expelled from the competition.

Additionally, the team also benefits Kagglers by exposing them to different tools and techniques helpful in solving data problems. Perhaps you are joining Kaggle with weaknesses in some key areas; a team member will help you learn faster. For instance, if you are working a problem that is related to the banking domain, you need a team member with some banking experience.

Tips on Building a Team

This platform has grown to become the largest data science community in the world. It attracts data science enthusiasts from all over the world. This means that a team can be made of people from different parts of the world and can be as diverse as it gets. A team essentially brings different minds, personalities, and skill-sets together to work collectively. Here are a few indispensable tips on making a winning team:

It is important to know your team well. Extra ordinary performance can only be achieved through understanding each member of your team. This entails knowing their skills, their strengths, and weaknesses. This also helps to achieve a balanced distribution of work.

Adequate communication and cohesion within the group are important. Working with difficult people guarantees poor performance. To succeed on Kaggle, it is important to agree on steps. This creates a serene work environment where you are mentally stimulated and creative enough to come with different models. These models will assemble a solution that has a chance to compete with peers.

After developing an organized work plan, the next step is brainstorming. Take advantage of the strengths of every team member by asking as many relevant questions as you can. This exchange of ideas comes in handy in coming up with unique models and ways to attack the problem.

It is wise to divide the projects into smaller, easily workable and independent tasks that take into consideration the ability and expertise of every team member. This is where lies the responsibility of a team leader, who can distribute the work load based on individual member’s strength and performance. The process only works best if each team member is committed and participates fully.

Every member of a team should have unlimited access to their teammates work. When the first version is complete, the leader of the team will collate the code, run it and then evaluate the results thoroughly. The best thing about teams is that they are in a position to come up with iterations quickly that will that help find the optimal solution.

Apart from the aforementioned general guideline there are specific rules that apply to a particular competition that must be followed. Keep in mind that the host of each competition is allowed to have their own set of rules. This varies from the number of people they allow on a team to the specifics such as the nationality of each team member. The objective of such rules is to ensure that all the participating teams are well placed to achieve the intended aim. For instance, the NSA competition is a problem specific to the United States. For this reason, the host only allowed US-citizen or permanent residents to participate. Failure to abide by the rules leads to disqualification. Before forming a team, it is wise to go through the specific rules of a competition to avoid disqualification at later stage, which will be a waste of your time and efforts.

Following is an example of top three teams at Kaggle to give you an idea of what a winning team looks like:

Not-So-Random-Anymore With Titericz Junior at its helm, there is no doubt that this is a winning team (Gilberto is currently the highest ranking Kaggler). The second member of this team is Alexandra Merchant, an experienced electrical engineer who also holds a Ph.D. in signal processing. Another member of the group is Feng Li who is currently studying data science at the University of Minnesota. The last member of the team is Andriy Temko who is also an electrical engineer and has a Ph.D. in Telecommunications and Signal Processing. One of the competitions won by this team is seizure Prediction by Melbourne University. This competition attracted more than 500 teams and ran from November to December in 2016. The challenge to Kagglers was to forecast seizures by differentiating between pre-seizure (preictal) and post-seizure (interictal) states in a dataset of intracranial EEG recordings. According to this winning team, teamwork helps bring together brain power and human resources to tackle one problem. This allows for the combination of different viable solutions.

BellKor’s Pragmatic Chaos This team of dedicated data scientists won arguably the most famous data science competition (Netflix Prize) with a million dollar prize. Kaggle has now become commonplace for lucrative prize awards. For instance; among the ongoing competitions on Kaggle is the Passenger Screening Algorithm competition hosted by the US Department of Homeland Security. It is offering an incredibly prize of one and a half million dollars.

The BellKor’s Pragmatic Chaos Team consists of Bob Bell, Martin Chabbert, Michael Jahrer, Yehuda Koren, Martin Piotte, Andreas TÃscher and Chris Volinsky. This team is an epitome of teamwork. According to Bob Bell, the success in this competition can be attributed to their ability to work collaboratively in integrating many significant techniques and models towards solving the same problem.

Powerdot This is another interesting team that has proved the power of teamwork in generating solutions. It consists of former rivals and milestone prize winner on Kaggle – Dr. Randy Axelrod (Executive VP, providence health & services), Rie Johnson (a machine learning researcher), Willem Mestrom (business intelligence specialist in the Netherlands), and Edward de Grijs (an engineer and software developer also from the Netherlands), Tong Zhang (a machine learning researcher), and Phil Brierley (Analytics consultant of tiberius data mining from Australia).

One of the major successes of this team was winning the Heritage Health Prize competition that offers a winning prize of half a million dollar. This was a very tough contested competition that ran for a total of two years and featured over 35,000 entries from 1,659 teams.

Kaggle is the perfect platform to learn from other data scientists all over the world and share your knowledge. You have a better chance at winning if you compete as a team.

I’ve recently published a book Kaggle for Beginners, I hope you will enjoy it. 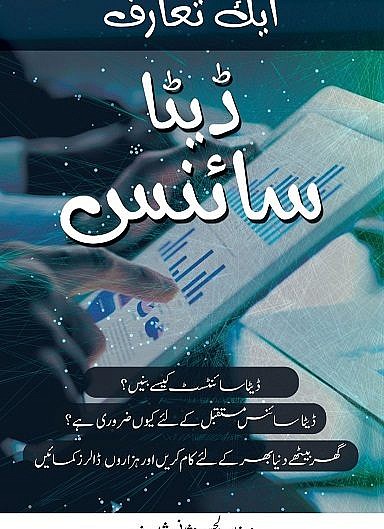 How to Host Effectively on Kaggle
October 16, 2019 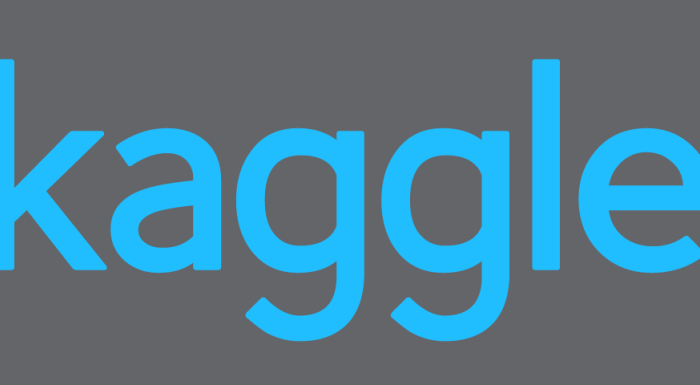