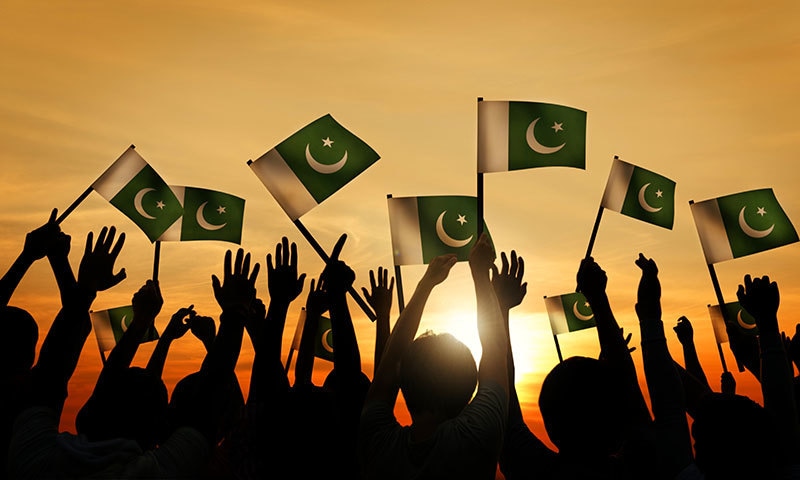 “My heart breaks for my beloved country. I want to do something extra-ordinary for the betterment of my people, and I invite you to join me for the national cause by volunteering your time and expertise for this country,” says a high-level government official holding Rs. 1500 million budget for a national science project. “Sir, but this is a commercial entity. I have no problem working free for an orphanage or an NGO, but, since you will make millions once this project is complete, why cannot you spare a few thousands rupees for consultants who can tell how to setup this facility?”, I replied. And, as expected, I received the same response that I’ve been getting at least once a week since I came back to Pakistan: “This is your country, it is your responsibility to serve her. It should be your top-most (and, in fact, the only) priority to work for her. If you want to make money go back from wherever you came from, we don’t need you. Pakistan doesn’t need you. This country was made in God’s name and He will guide us in this troubled time.”

I am still struggling to differentiate between patriotism and free labor. We all are patriots as far as we are doing what we are supposed to do, or until we do something un-patriotic. I am loyal to my country but I have family responsibilities as well. I cannot do research, or work for the betterment of the society, if I am not able to feed my family or provide them the basic necessities of life. Unfortunately, we have developed a tradition of slapping everyone who wants to bring the change in the current status-quo with patriotism that actually results in free labor. Since our research community and its linkage with the industry and the government have not matured yet, we should focus mainly on young researcher’s need. It will take far less the efforts, resources, and money to get him on board compare to what we are already spending on foreign consultants. Furthermore, we will be saving thousands of dollars and will be building our local capabilities as well. All those required ingredients we ask to begin with, will automatically come with the researcher – patriotism, love for the country, highly sophisticated skills, years of recent knowledge and expertise are inherent properties of that mind. Personally I like to show my patriotism through my work and not by words. I don’t like to come up with the creative ways to prove how much I love my country, for me, it is the same to prove how much one loves his mother.

Metaphorically speaking, if I have to make an analogy for Pakistani research community, I would quote an example of two cows. One is frail and sick and even cannot stand on her own feet, while the other is healthy, productive, and full of milk. The wise approach would be to milk the healthy cow, sell the milk, and take care of the sick cow from the money received after selling that milk. Instead of trying to milk the weak cow to be able to feed her from the cash received and expects that she will be healthy soon.  Research community, in general, is that weak cow. One cannot and should not expect ready-to-use products from it without going through the nurturing process. We have to feed her first with start-up grants, consulting assignments, confidence, recognition, and respect. And then we can expect some real output. The government, industry and donor agencies can serve the role of the healthier cow in this case.

We also have to understand the time constraints and academic responsibilities of a researcher. Asking volunteer hours or weekly visits from someone who is already bombarded with undergraduate teaching, administrative assignments, publishing requirements, and social pressure of giving something back is too much for free. And free has its negative effects as well. It doesn’t matter how good you are and what you are capable of, if you are doing it for free, no one takes it seriously, at least this is what my experience is so far.

There will be some 400 scholars on HEC scholarships and another 200 or so on Fulbright who are expecting to return to Pakistan in coming years. These scholars have been trained and educated on Pakistani tax payers’ money. We have to start trusting our own people and expertise. I believe, they have the potential to exceed ones expectations. And by doing that not only we are saving thousands of dollars, but also building local capabilities as well. If we fail to build a system that makes use of the expertise of these returning scholars, I am afraid that most of the money spent on foreign scholarships will be wasted either by scholars leaving the country for better opportunities or by not utilizing their full potential.

I admit that universities are at fault as well. We, the academics, have not been able to prove our capabilities or build the trust that is required in such contracts. We have to mutually grow this relationship to create an environment that is conducive to research and promotes academic-industry-government relationship. HEC, PITB, Pakistan Science Foundation, ICT R&D Fund, Punjab IT Board or any other organization for that matter can play a role here. They can bridge the gap by providing a platform that can take project/consulting requirements from the government and assigning it to young researchers while facilitating and maintaining research funds and grants. This platform can also help to build one-to-one relationship between a university researcher and a government official for future projects.

Before we start to think about progress, we have to trust each other and we have to give respect to our fellow citizens. We have to honor a Pakistani as a “Pakistani”. The best thing I found in American culture, which is so unique, is the respect given to all people regardless of their race, sex, age, social and marital status. If you are in a queue, everybody is in a queue, nobody is superior to you and nobody can cross you on the basis of he or she being a government official or supporter of some political group. Nobody is being categorized by their work or profession. Everybody has their own respect. This is the part we are missing in our society here. We dishonor a person so many times that he could lose his self-respect, which usually affects his sanity. And then surprisingly we expect patriotism, civic engagement, and love of the country from the same person in return? While the person wants to go abroad on the first chance he will get, once and for all.

Not a single week passes, when I don’t find someone shouting at me to go back where the hell I came from. But, you know what I am not going to leave. I will stay here to make them obsolete, if we keep moving abroad out of frustration, we are in fact handing over our own motherland to these people. We will not and we should not allow this to happen. The people who are opposing the change are really old; they are going to retire in few years. I have to stay here to wait for that vacant position and whenever there is a chance I will opt for it to bring the change my country deserves. And in the meanwhile I will create a generation of young minds to help me for a prosperous Pakistan. This is my country, I am here to stay, and I dare to stay!