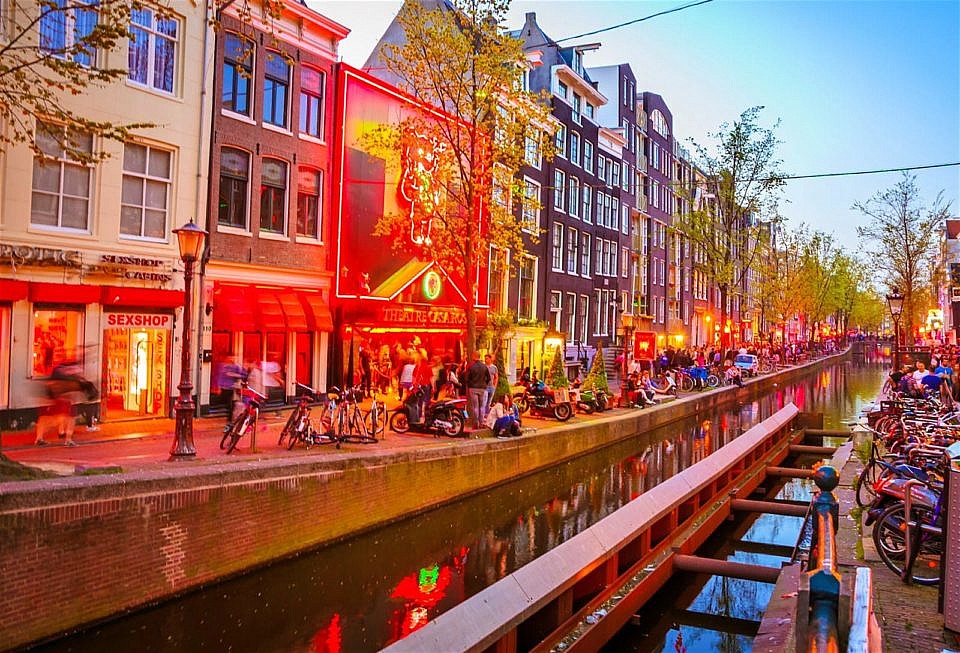 These lights and their changing color play a huge role in every person’s life. Just like the red light of the traffic signal, life too sometimes halts at a red light and refuses to budge. Then suddenly the yellow light flashes on, life takes a long, leisurely stretch, and starts to move forward again at the flash of green. There is someone who is controlling these lights in our lives. It seems like all emotions, sentiments, and sensations have their specific color in the signals that are situated on the roads of life.

The red light is for sin, the green for virtue, the yellow for repentance, the blue for a question, the white for life, and the black for death. There is also a light blue light for the open skies, and the gray for the land below and for the unseen book and a pen that records all deeds.

Abdullah often wondered what it would be like if a red light went on inside everyone’s head at the mere thought of sin. Or a green one at the mere intention of a good deed. How would things be if all days were spent with these two lights alternating in people’s heads? Some heads would remain gloriously green all day while some would be so bathe in red that the menacing shade would not only color their lives but even the lives of those around them.

Virtue is the sign of the closeness of Allah (swt) while sin signals distance. If there is a profusion of tiny red lights, just mere pinpricks in a head, they coalesce together to create a brightness that could pale a single, large red one. The really major sins are not just mere lights, they are 1,000wts of brilliant halogen that could redden miles of a neighborhood.

All this play of light and only one Allah (swt)!

So omnipotent that should He come to forgiving, He would disregard all reds for a single green or count all greens as a single huge red. Should it be His will, he would forgive major sins without man’s slightest remorse for them, give rewards without being asked, and turn on all green lights in a head without that person’s desire to be good.

There are as many roads towards guidance as there are breaths in a human body. There is no guarantee if or not a man would even wake up after going to sleep at night or sleep ever again after getting up. How could a being, so powerless over his own self, profess power over the life of another? How could a creature so defenseless for his own soul claim to judge the life of another?

So much is His benevolence on some souls that He sends questions to their mind in their sleep that jolt them to wakefulness. Or sends answers to dilemmas that would award peace to thousands of tormented souls.

It would indeed be a blessing upon a man to have a red light flash on inside his head at the very thought of sin to create a pinching awareness that Allah (swt) is witness to his wrong intention, even if it is yet just in thought. So fearful should this thought be that the mere idea of sin would be scraped from his mind for good. Such is the bounty of Allah (swt) that He turns on a green light just by a person’s rejection of the idea of sin. Someone thought of a sin and intended to carry it out in action, hence turning on the red light. But then he changed his mind and dropped the idea. Even though the idea of sin wasn’t in any way replaced by the slightest idea of virtue, the green light was turned on anyway. Indeed, it is the bounty of Allah (swt) that happens.

It is said that even a sight that reminds us of Allah (swt) is a virtue in itself; a green light. There must be so many blessed people who look upon their images in the mirror and a flood of green lights turn on inside their heads. Similarly, there must be so many of those who take one look at their face and a glaring profusion of red lights pop up in their minds. This alone should be enough to scare them. And this fear in itself causes a huge green light to dim out all the reds.

All those who are not Muslim are also the creation of Allah (swt). Hence they too must have the same system of lights in their minds. The only difference is that they are not aware of them. The unawareness of an empty plot of land of its owner doesn’t change the actual ownership rights; it still belongs to the one who owns it.

What if these lights went on inside the grave too? Red light? Green light?

People who visit the ‘red light’ areas should definitely ponder upon what it would be like should a red light turn on inside the grave. The red light from all the blazing flames of hell. Selling one’s body for money is nothing but a grave breach of trust. How could one possibly sell something that is borrowed? Perhaps it is a compelling necessity of the seller to do so. But what about the buyer? Isn’t he concerned about the lights the act turns on in his head?

This is a strange society. The one who sells the self, who is forced to degrade the self to far below the standards of humanity, is judged by the lowest possible standards. But everyone fails to see the lights that light up within the buyer, the customer. Agreed that the residents and ware keepers of red light areas have huge red lights inside their heads too. But what about the others? They should actually have not one but two blinding red lights on their heads; one for the sin and the other for the hypocrisy.

Abdullah was sitting in the only mosque present near the notorious red light area. Coincidentally, the bulbs outside the mosque were also red, a macabre attempt at humor by the electrician no doubt. He was there out of curiosity and now could not help but be convinced that the people in both areas, the masjid and those within the large gates of the grisly human marketplace, had failed at performing their duties. If either one of them had been successful, then one of the two institutions would not be there.

He wondered what kind of blind people came to pray at the mosque who were unable to acknowledge the crass business that went on just a few yards away beyond its doorsteps. Abdullah could not only see bodies of humans but souls being sold and bought discreetly all around him. He was unable to see any other light miles ahead of him and behind him except the red one.

Dejected and heartbroken, he raised his hands in dua:

‘Oh Lord of the here and the hereafter, forgive those who visit this mosque for prayer and those who reside near these scandalous gates of the red light area. Oh Allah, forgive those with the red lights inside their heads who have vainly tried to mask them with green colored paper. And keep in your protection those who have nothing but green lights within them that the world has defaced with the red paint of defamation, libel, and slander to match the color of their own deeds. On the Day of Questioning, cover these suffering lights in the name of those who have turned to dust in your path and have lost all their color for you and in the name of those who burn in your name and who extinguish their existence in your name.’

‘Oh Allah, as charity for the luminous light of the Prophet (phuh) face, turn all the lights within us to green.’