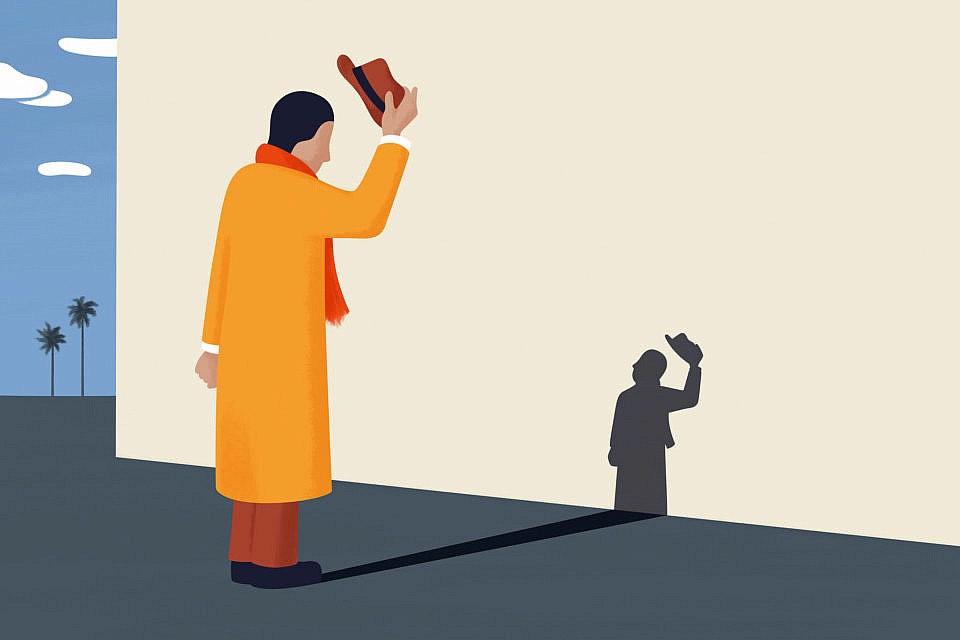 I think a lot about humility. I wonder what it really is, the people who are blessed with it, and with whom it stays and coexists. I wonder if such people even exist today or whether they are all extinct now. I have never even been able to comprehend the actual definition of humility nor do I have any hope of ever doing so. People have a thirst to attain it in their lives and for themselves. I won’t lie; I’m not even fortunate enough to have that thirst inside of me.

If humility could be attained just by an admission, then half of Pakistan may easily be considered esteemed religious scholars. The reality can be checked when a notable personality says something in his speech or sermon against one’s liking. The very next day Mr. Revered is immediately removed from his high pedestal and everything from his beliefs to his private and public affairs is subjected to such a volley of criticism that may Allah (swt) have mercy.

We Pakistanis are indeed a strange breed of people. The filter that we use for sifting out the character of a person is so fine that only a Prophet could pass out from it. If we happen to revere someone, it is with such vehemence that we become adamant to prove even his non-existent miracles. But should our heart turn against him, then relegating him to the lowest stature of Satanism is just a start.

There is also a so-called group of ‘humility-club members’ in this world who literally double over in an expression of modesty and submissiveness as they walk through the earth. Their voices are so feeble that they seem to be emanating from the throats of the AIDS inflicted. They end each of their sentence with the claim that they practice humility as part of their religion. It is hard to ascertain why humility is associated specifically with the old and the sick nor why people have the need to assure others of their humility through verbal repetition.

There are also those who only might even straighten the slippers of someone else and then justify themselves as being the rightful flagbearers of humility. I really can’t say who does it out of humility or who does it even when he is a respectable man but sees no shame in straightening the slippers of other worshippers in the mosque. What can one say? The antidote for one man turns out to be a poison for another.

When the pride of a man gets larger than his humility and the former starts feeding off the latter, where is he to go?

The intoxication of alcohol wears off in a night. The intoxication of ‘me’ does not wear off even through life. Training can be given only when the ego takes a hit. When there are calls of ‘baba sahib’, ‘mian jee’, and ‘pir sahib’ all around one, then it is no wonder one gets weary of the word humility itself.

According to my friend Tariq Baloch Sehrai, “When Allah (swt) wishes to award humility to someone, He takes it from him.” It can easily take one his entire life to understand the meaning of this one small phrase.

I really don’t know where I can find humility. Old, torn clothes, a meager meal, and an overgrown beard and hair? If this is humility, then what is a beggar?

Is it possible for a person to have humility but not be a fakir? He can give but asks for nothing? Has rights but relinquishes them? Has power but practices restraint? Speaks the truth but is considered a liar? Has humility but is called vain? This is actually how it should be.

If the discussion is on humility, then let us surrender,

‘Oh Allah (swt), I am weary of all your people who say they practice humility. Oh my Lord, everyone in your religion craves for a readymade martyrdom. They want to die in the name of Islam. I wish to live in the name of Islam. Show me people who talk of staying alive, give me hope, talk about life, dream of conquering the skies, and cast their tents upon the land. I don’t understand anything. I can’t see anything. Hold my hand and help me cross this abyss. Rather than run in the wrong direction, it is better that one stands facing the right one. So I look towards you. I admit I have humility. But it is a humility that comes out of an inability. It is an inability to keep myself from sin, from lying, and from heartlessness. I try to be cruel to myself every day. I lie to myself every day. Oh my Lord, I force myself to not have pride. I look at myself in the mirror every day and I am vain of my body and my attire. I am wary of not being able to follow your commands as you wish them to be followed. I am wary of not having the humility to practice humility.’

‘Oh my all powerful Lord, forgive me, for my humility is robbed at the hand of my own ego.’

‘Oh the All Listening, All Seeing Lord, have mercy upon those whose hopes have died, whose desires have faltered, and whose strength is depleted. Oh All Powerful, should you desire, you can destroy, and should you will, you can save. I await you on my roads as I am unable to comprehend even the soul of humility. Forever disobedient and ignorant, sculpture of clay, we humans could not even pretend to understand humility even if we wanted to.’