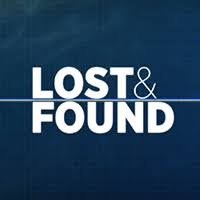 It was like a carnival. As far as the eye could see, rows after rows of a colorful and gay world of tents and stalls. The fair was organized by some of the richest men in the country; the .7 percent of the world’s population who owned 41 percent of the world’s wealth. An announcement had been made that if anyone had lost anything and had any proof of ownership, they could come to the fair and claim that item as theirs. The fair was only for a day, and its prime goal was to spread happiness within the elite.

People had come from all over the world to attend the fair. Someone was asking for their lost car while another was claiming a gold ring. Someone had their eye on a lost necklace while another was interested in their old guitar. One woman even had a picture of her missing child whom the fair’s management had transmitted to television stations around the world. The child’s picture was also sent to global police stations in the hope of possibly finding a clue to the missing child.

The organization at the fair was exemplary. There was no chaos, and everyone stood peacefully in line, awaiting their turn to be served. Most of the people were given brand new things as their old ones could not be found. After all, the goal was to make everyone happy. In this sea of human beings, Abdullah was the only person who stood stupefied and dazed. Everyone was confident that they would get what they sought. Except Abdullah. It wasn’t long before it was his turn.

“What have you lost sir?” asked the man at the counter most pleasantly. “We will do our best to make sure you leave with your item in your hands and a smile on your face.” Abdullah listened non-attentively to the rehearsed, professional greeting.

“I am wondering if and how you’ll be able to give me what I’m looking for,” Abdullah replied thoughtfully.

“Oh, you don’t have to worry about how we will do it,” the man said. “We have at our disposal fifty percent of the world’s resources. Just let us know what it is that you seek.”

“I am a Muslim,” Abdullah started to speak, looking straight into the man’s curious eyes. “Collectively as a faith, we have lost our values, our social and economic system, our governmental machinery, our truth and honesty, habit of hard work, the desire to give benefit, the strength to forgive, the exemplary nature of sacrifice, the quality of worship, the recognition of our Lord, an attachment to wisdom, the hate for misdeeds, the witnessing of one Lord, the pride for reverence, the zenith of humaneness, support for the rejected, empathy for orphans, care of the sick, a compassion for the poor, the love for children, the respect of elders, the thirst for knowledge, and the desire for Allah’s (swt) proximity…..all is lost. From the legacy of our ancestors to proof of our actual existence; all is lost. “

The man at the counter was looking at him with an expression one would portray when faced with a mentally deranged person. But Abdullah wasn’t done.

“For heaven’s sake, and I beg of you,” Abdullah continued, “do find something for me. Or at least send me to the right place where I may be able to find all my lost treasures. “

There was a vacant look in the receptionist’s eyes and he went silent.

Abdullah waited for an answer for a long while then, dejected, he picked up a ‘Missing Items’ board lying on the counter and spent the next many hours walking through the fair with the hope that someone would have the answer to his query.

After all, the fair boasted of fulfilling everyone’s wish. They were the world’s most blessed and resourceful people. How could they not fulfill his wish?