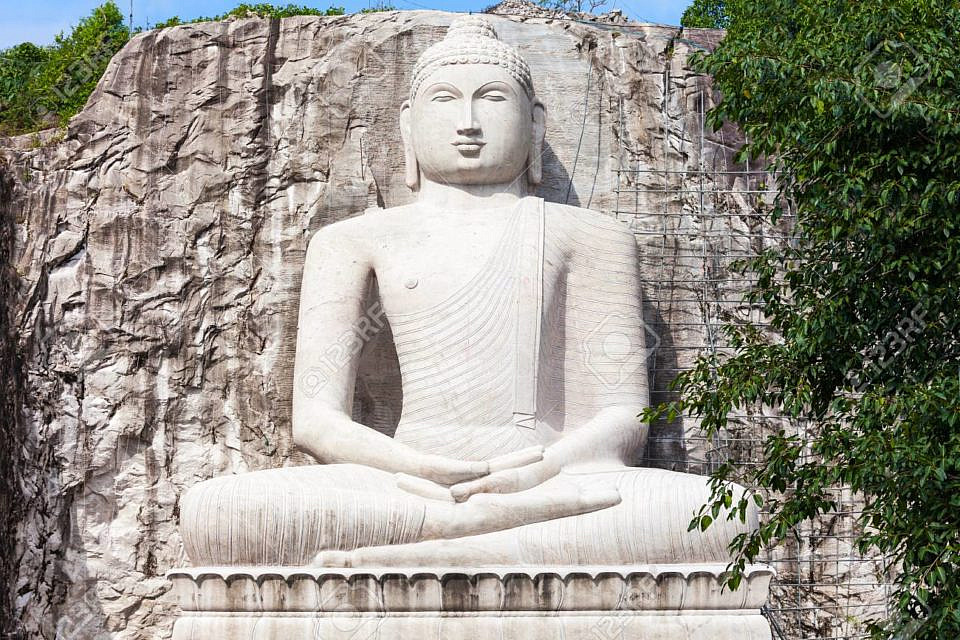 Abdullah’s car had been moving non-stop for the past four hours through a maze of twisted, distorted roads from Colombo to a small village in Sir Lanka. God alone must know, Abdullah thought, what occurred to the followers of Buddhism to make the world’s largest sitting statue of Budha in the middle of the sprawling nowhere.

Finally, the car came to a stop at a monastery. The meeting was arranged with a monk or Buddhist Yogi, who also happened to be the most influential Yogi of the country. One couldn’t resist the urge to pay homage to the courage and resilience of the Buddhist. Regardless of the deity, he believed in, at least the honorableness of the sentiment could not be doubted. But because the Yogi’s reverence and glorification fell within the borders of infidelity, he was labeled a dissenter. However, it was still the purity of the relationship between man and his God that determined a man’s status as a worshipper.

Abdullah was well prepared with his questions.

“Whatever urged you to dig up a mountain in the midst of this isolated jungle and erect a sixty-five-foot tall statue of the Buddha?”

“The story started with the Taliban demolishing the statue of the Buddha in Bamiyan,” the monk started humbly. “This act came as a grievous jolt to the followers of Buddhism around the world. At that time, I was an insignificant yogi in this small village. One day I heard a commotion outside my hut. I came out to see an enraged group of men, women, and children standing with torches and clubs all set to go and burn a mosque in retaliation for the Bamiyan Buddha demolition. I stopped them and told them that this was no revenge. I advised them that if they really sought real revenge, they ought to build a Buddha even larger than the one that was brought down.”

“Since the people respect me a lot, they left quietly. However, the solution that I had presented to them for getting the perfect revenge got stuck in my own mind. For several days, I sat outside my cottage looking at the mountain in front of the village. Then I made a resolute promise to myself that even if it took me my entire life, I would construct the world’s largest Buddha statue right where the mountain was.”

“The villagers were ecstatic to hear of this plan and started to fundraise fervently for the project. Soon money also started to pour in from the nearby villages and friends from around Sri Lanka. When the word of our efforts got across the border, some of the best monastery architects came to offer their expert help. Even the prime minister of India came to donate the funds and to assure us of her country’s support. It took millions in money and a duration of eight years to finally complete this sixty-five-foot high Buddha, a blaze to the heart of the Bamiyan Buddha demolishers.”

“Interestingly, although hardly any Buddhists went to Bamiyan for the fear of the Taliban, they have no constraints here. Therefore, over three hundred thousand Buddhists come here to worship at this site. The President of Sri Lanka recently appointed me the Grand Yogi. He also pays us regular visits. We are now working to establish a Buddhist monastery and a full time university here.”

“During the construction of this Buddha, the extremist Buddhist group, Bodu Bala Sena, Buddhist Power Force, rose from the ashes of the Bamiyan as an immediate reaction to the Taliban act of aggression against our faith. The BBS placed restrictions on the sale of halal meat in Sri Lanka. A spin-off of this group, 916, broke like hell upon the heads of the Muslims in Burma. The Indian government gained a lot of accolades and praise for its support for the construction of this statue. Today, twenty-one years later, Sri Lanka has a government that is opposed to Pakistan and is under the complete influence of India. Out of all the eight SAARC countries, South Asian Association for Regional Cooperation, Sri Lanka used to be Pakistan’s only supporter. Now that is lost too.”

“Since you are a Muslim, you deserve my thanks. If those events in Bamiyan hadn’t occurred two decades ago, the Buddhists would never have had the idea to construct this grand Buddha which has earned so much name and status for our faith around the world. I really have to thank you. So, Mr. Abdullah, thank you for being an iconoclast.”

Abdullah was rendered absolutely speechless. He had no more questions to ask the man.