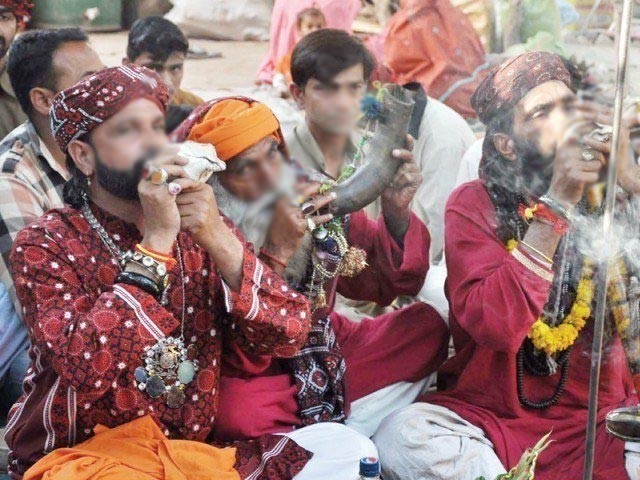 There exists a never-ending cycle of needs, wants, and desires, and the urgency to have them all realized in the blink of an eye. These are two of the greatest weaknesses of human nature upon which businesses have flourished and customers have been fooled, embarrassed, and humiliated since the earliest of times. Regardless of all mortification, clients have never stopped flocking to get these desires fulfilled.

Gone are the times when giving credence to a man simply on account of his societal status was considered creating partners with Allah (swt). Today, every man is in a neck-break race to ‘claim’ the greatest ‘prize’ in society; the greatest spiritual leader. The so called, ignoble followers recount such out of the world feats and achievements of their specific spiritual master that should the man himself hear of them, he would surely be rendered speechless. There is an inexhaustible army of readymade Muftis and scholars on YouTube and Facebook. There are over five thousand interpreters of the Holy Quran on YouTube alone. The YouTube has produced more interpreters of the Holy Quran in five years than the entire Muslim following has been able to bring forth in the last 1400 years. For Heaven Sake! Even those who know not a single word of the Arabic language are now also out to interpret the Quran!

Whatever remains to be learned about Islam is taught by the convoluted lectures of the ‘baba’ or ‘wise men’ on YouTube. Having interpreted Islam according to their own likes and dislikes, these scholars of the day rage forward to impart this ‘knowledge’ to the rest of the world. Greedy for the maximum number of hits, likes, and shares, they are least concerned about the ‘pollution’ of religion their discreditable talks are causing. Yet the world, with no time for sitting and ‘absorbing’, grabs the gist of the ‘lecture’ and passes it on, unconcerned about the actual authenticity of the knowledge whereby laying the groundwork for the emergence of yet another mufti and scholar.

Some ‘scholars’ catch the disease of predictions and star gazing while some journalists get the germs of foreseeing important political changes in dreams. No sooner do their eyes close in slumber that their dreams start to flood their minds. From the precise time of the advent of the False Messiah to the actual reality of the New World Order, they are made aware of it all during their short naps. It is hard to ascertain whether it is the actual sleep that comes first or the dream.

But then, objectively speaking, this shouldn’t be a surprise from a nation that gets its history lessons from the novels of Naseem Hijazi, its knowledge of Islamic obligations from television dramas, its absolution of sins from pirs, and which treats wayfarers as if they were step relatives.

I have been thinking that if blind pirs are written in the fate of blind followers and that if both are so hell bent upon devastating their lives here and beyond the grave, then why should I not just create my own little world within this insanity too? Hence, I now announce my plan to establish a new start-up venture by the name of Piri-Fakiri.com. The present age is superbly ripe for entrepreneurship and there is a great market for this idea. It would hardly take any effort to convince a sea of customers to invest their money into my business. People are hungry for Pirs and Fakirs and I shall cater to this need.

My potential clients would spend only a couple of hundred rupees, a couple of dollars to create an account profile. I plan to give a special rebate to women. My customers would tell me their problems and I shall use the advance algorithms of machine learning and data mining to connect them to the right pir or fakir that caters specifically to their nature of dilemma resolution. Those with the desire for children, more wealth, or marriage to the ones they love will be connected to the pir with an ‘expertise’ in that specific area. Those seeking the death of a mother or father in law, revenge, and eradicating the conspiracies of Jews will be forwarded to the ‘enraged’ pirs.

I think it is not only an amazingly foolproof idea but also purely legal with legal profits. No one could raise a finger against it. Should anyone dare to utter a word, I shall hire my own team of pirs, fakirs, and babas to have him buried alive between two walls. Anarkali, the ill-fated love of Prince Saleem’s life may have long gone, but she has left behind a legacy of artistic ideas on how to annihilate your opponent most sadistically.

I also plan to hold a yearly veneration for Piri-Fakiri.com on the social media where key performers from Coke Studio will be invited to entertain the audience with their bhangra dances. There will also be sufi qawwalis sung by every notable drunkard in the city. The venue will be decorated with pictures of absent-minded philosophers.

Once this idea catches on, I have plans to start the burial site ‘Kafan-Dafan.com’, the quarrel and dispute assistant ‘Larai-Jhagra.com’, the amulet made easy site ‘Taveez-Ganda.com’, the illicit relationship site ‘Uski biwi-Meri Mehbooba.com’, and the unveiling of Jewish conspiracy site ‘Yahoodi-Saazish.com’.

I hope you will take part in this esteemed commitment and support it with all your worldly possessions to secure for yourself an invaluable piece of land in the heavens above.

Share this essay with fifty people before evening and you shall be awarded the esteemed fellowship of the real and great baba ‘Asli tay Wadday Baba’. This offer is only for a limited period so act quickly before it is too late. There is a special rebate on the offer for ladies.