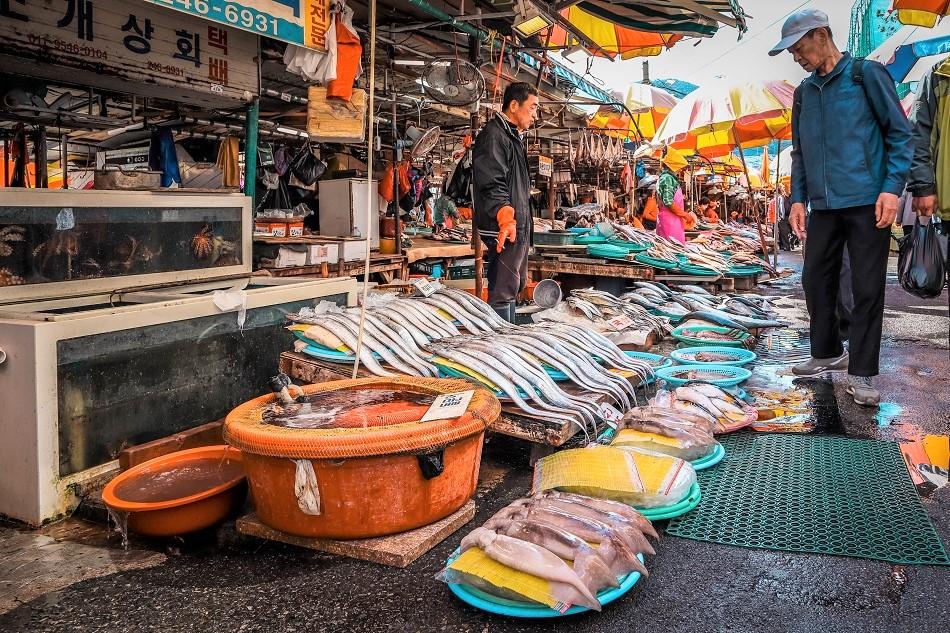 In our society, the fish market has always occupied a notorious, albeit a celebrated, reputation for its distinct clamor, tumult, and strong, unmistakable odors. Every time a class would get out of control and rowdy, the teacher would ask the students why they were creating a fish market.

Given the renowned notoriety of the fish market and having heard the numerous phrases that the place had helped inspire, Abdullah was curious to get the story right from the proverbial horse’s mouth. He ardently wished to see for himself the actual truth behind the literal, pontifical infamy of the fish market.

The very next morning, he was standing in the middle of the city’s largest and busiest fish market with an infinite variety of fish displayed on huge slabs of ice. Most of the fish were dead while some were still in the process of breathing their last, sputtering and gasping for life-giving water on their hard icy graves. It was the dying fish rather than the living that were the center of attention for the milling crowd of customers around them.

Abdullah’s mind started to wander in the usual endless tunnels of philosophizing upon the situation. He thought it strange how the same fish, when they were alive, were focused on survival to such an extent that they would devour even each other. But now that they were dead, they were lying right next to each other, shoulder to shoulder, their eyes open in glassy stares and their mouth indicating their desperation for the last gulp of air.

When the fish were alive, the dark, abysmal depth of the blue oceans and rivers was their home, the underwater rocks and caverns and reefs their entire world. But now, rudely snatched from their homes, they were being presented for sale and consumption in an entirely different world.

In Abdullah’s view, there was very little difference between fish and man. When man is alive, he too is hell bent upon destroying those around him. But once dead, there is no longer any distinction of color, class, nationality, status, or creed. After death, all become equal; the Sheikh and Syed, Aryan and Pathan, Sindhi and Muhajir, Pashtoon and Siraiki, all lie shoulder to shoulder within the cool, loamy depths of their eternal homes.

Then, when it is time, a grand market will be organized and there will be a stately auction where some will be taken to their coveted gardens in heaven while other will find their grievous home in the burning infernos of hell.

But it is not necessary for a body to be physically dead in order to be dead. It is not uncommon for a man to be dead even while his body breathes and lives, his breast decorated with a distinguished array of degrees and medals from the most prestigious of alma maters. These seemingly alive but dead people are also found in the bazaars of the living dead, seeking the highest bid to be sold forever. When presenting their living bodies for sale in these markets, they fail to remember that the real bidding in the true bazaar is yet to be faced.

Abdullah felt that the clamor within his soul was far greater than the din around him. He stuffed his fingers in his ears, not realizing that in an attempt to keep out the hue and cry of human voices around him, he was shutting in the pandemonium of his soul. He rushed home in a state of panic and desperation.

That day onwards, whenever Abdullah heard the mention of a fish market or passed by one, it sent shivers through his entire body.